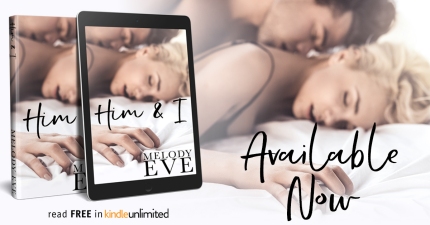 ****3.5 STARS****
****ARC Received for Honest Review****
I teetered on the fence with this one the whole book. I had moments were I felt super invested and was all in, but their were times, I felt lost and at times confused by were things were going and where the characters were heading. In the beginning, I just knew I was all in, but then it got a little wonky. I have to say, for this to be a book by a first time author, this is a great first book.
Even with my times of confusion, I could see where Melody Eve was trying to go, and what she wanted to happen with her characters. I wanted to be more invested in Roman and Aria, and I was not in the end. But I would read another book by Melody because I think it would be great.-Review by Catherine(Catty)